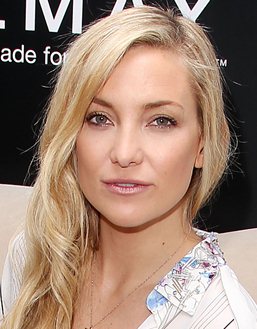 Born on April 19, 1979, Kate Hudson is an American actress who first rose to fame in 2000 through her performance in highly successful film Almost Famous for which she received nominations for several awards too. After starting her professional acting career through a few minor roles, the film Almost Famous proved to be her breakthrough film and it helped her in gaining roles in several more movies. Since earning the international fame, Kate Hudson has gone on to star in a large number of movies so far including The Skeleton Key, Fool’s Gold, Bride Wars, Raising Helen and The Reluctant Fundamentalist.

In addition to films, she has also made appearance in a few television shows and currently has a recurring role in television series Glee. When it comes to the personal life of the actress, Kate Hudson first married musician Chris Robinson in 2000 but their relationship ended in 2006 after which she began dating singer Matthew Bellamy. The couple became engaged in April 2011 and had a son together before ending their engagement in December, 2014.