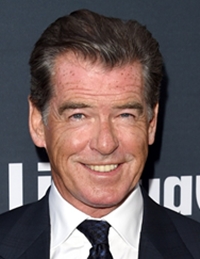 Pierce Brendan Brosnan is an Irish actor and film producer born on 16th May 1953. After leaving comprehensive school Pierce started training in commercial illustration at the age of 16. Later on, he trained for three years as an actor at the Drama Centre London. In 1975, after graduating from the Drama Centre Brosnan made his acting debut in theatre play Wait Until Dark. Following a stage acting career, Pierce earned recognition and fame from the television series Remington Steele which on aired from 1982-87. Along with television he as well starred in films such as The Fourth Protocol, Death Train and Night Watch. In 1994, Brosnan received a breakthrough by getting a chance of portraying the role of secret agent James Bond. He reprised the role of James Bond in the four films, GoldenEye, The World Is Not Enough, Tomorrow Never Dies and Die Another Day from 1995 to 2002. The following films provided him with international fame and success along with several accolades and nominations including MTV Movie Award, Empire Award and Saturn Award. He as well offered his voice to the video game of James Bond 007: Everything or Nothing. In coming years, Pierce performed variety of roles in different successful films including The Matador, Mamma Mia! And No Escape. Furthermore, Brosnan established a production company named Irish Dream Time in 1996 along with Beau St. Clair.

Additionally, Pierce Brosnan is also recognized for his charitable work and environmental activities. As for his personal life, Brosnan married twice. Firstly, he was married to actress Cassandra Harris in 1980 until her death in 1991. Later on, he became married to a journalist and author Keely Shaye Smith in 2001. 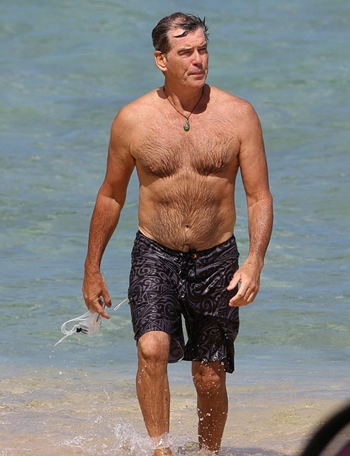 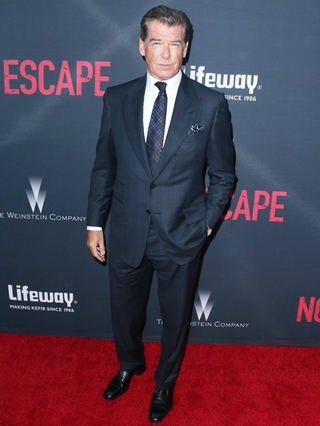 Complete actor Pierce Brosnan body measurements information is given below like his height, weight, chest, waist, biceps and shoe size.