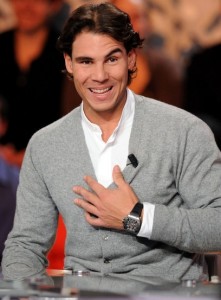 The king of clay, Rafael Nadal Parera was born on 3rd June, 1986 in the city of Majorca, Spain. Rafael Nadal is widely recognized as greatest tennis player of this era with nine Grand Slams on his names. Nadal was involved in sports since his childhood. When he was 3 years old, his uncle, Toni Nadal, a prior professional tennis player, started guiding him, because he saw an aptitude in Rafael for sports. With the help of his immense talent and his uncle’s efforts, Nadal won an under-12 regional tennis championship when he was only eight years old. Toni Nadal observed that Rafa plays his forehand shots with two hands, so he advised him to play left-handed by believing that it will provide Rafael a periphery on the court. At the age of fifteen, the left-handed player become professional and begin playing on the junior circuit.

Rafeal won his first Grand Slam at the age of nineteen in 2005 and his world ranking went to No. 3. In the same year, Nadal won eleven single titles out of which eight were played on clay that’s why he was soon given the name of “The King of Clay”. The major rivalry of Rafael in tennis court exists with Roger Federer, Novak Djokovic and Andy Murry. 2008 was the year in which Rafael Nadal got success against his longtime rival Roger Federer in the longest final in Wimbledon history and also won the gold medal in Olympic Games in the same year. Nadal became the second male player after Andre Agassi to complete the Career Golden Slam by wining the U.S Open in 2010. He was also named Laureus World Sportsman of the Year in 2011.

Rafael Nadal has been dating girlfriend Maria Francisca Perello since 2005. They both share a very quiet and personal lifestyle away from the glare of publicity. Beside from the tennis court, Rafael also established “The Fundacion Rafa Nadal” in 2007 for those children’s who are socially deprived from the basic opportunities. This foundation provides them an opportunity to make their career through sports. This aggressive athlete is also an ambassador of different brands because of his stardom personality and achievements in life. 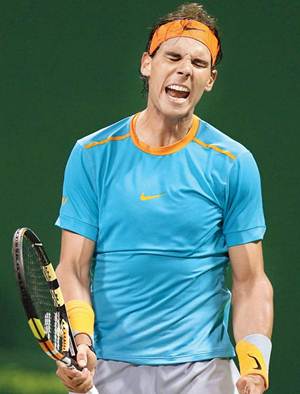