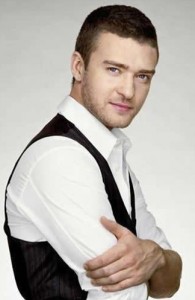 Born on January 31, 1981, Justin Randall Timberlake is an American actor, singer-songwriter and philanthropist. He was raised in a small town Shelby Forest along with his two half-brother, Jonathan and Steven Robert. Justin Timberlake began his acting career in 1993 when he was signed for a role in television show, The Mickey Mouse Club which also starred a few more famous celebrities of the future including Britney Spears and Ryan Gosling. Justin gained worldwide recognition in 1990’s as the lead singer of all-boys band, ‘N Sync. The band worked together from 1995 to 2004 and released 3 albums during this time named ‘NSYNC, No Strings Attached and Celebrity. All of these albums became pretty popular especially the No Strings Attached which sold over 2.4 million copies in first week of its release.

After gaining popularity through ‘N Sync, Justin Timberlake decided to pursue a solo career and released his first solo album, Justified in 2002. The album became extremely popular worldwide and also earned Justin two Grammy Awards in 2004. He then released his second solo album FutureSex/LoveSounds in 2006 whom singles also reached top positions over music charts. From 2007 to 2012, Justin took a break from music in order to focus on his acting career and then made his comeback in 2013 with his third and fourth albums, The 20/20 Experience and The 20/20 Experience – 2 of 2 both of which sold millions of copies worldwide. Justin Timberlake has also made successful collaborations with other artists like Madonna, Nell, Snoop Dogg and Black Eyed Peas.

Along with gaining success in the music industry, Justin Timberlake has also proven his talent in the field of acting. He has appeared in several television shows and films till now out of which the most notable ones are The Social Network, Bad Teacher and Friends with Benefits. For his outstanding work both as an actor and singer, Justin Timberlake has received 4 Emmy and 9 Grammy Awards till now. He also launched a clothing line, owns several restaurants, co-founded Tennman Records and has also briefly worked for humanitarian causes.

In his personal life, Justin Timberlake has dated some of the most desired celebrities which include the names of pop superstar Britney Spears, Beyonce Knowles and actress Cameron Diaz. There also have been rumors about his relationship with actress Scarlett Johansson. He is currently married to actress Jessica Biel since 2012 with whom Justin Timberlake had began dating in 2007. 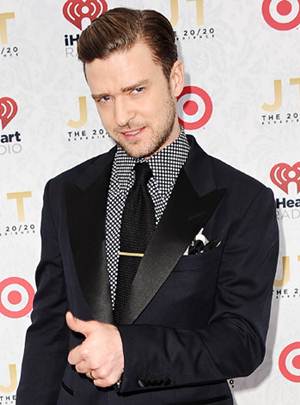