Daniel Simmons III is a multitalented American artist known by his professional name Diggy Simmons. Coming from a well-known family, he is the fourth child of hip hop pioneer Joseph “Rev. Run” Simmons. Having remained in the limelight since childhood due to his father’s popularity, Daniel’s first interaction with the professional show business came with the 2005 MTV reality TV show Run’s House. He alongside his siblings and parents were the main subject of the show as it covered various aspects of their routine life. As for his own independent career, Diggy entered the music industry in 2009 by releasing his debut mixtape, The First Flight. Over the next few years, he released fresh music regularly and quickly emerged as one of the most promising young artists of the industry. Eventually, in 2012 Simmons released his highly-anticipated debut studio album “Unexpected Arrival” and it turned out to be a massive commercial and critical success internationally.

While continuing his musical endeavors, Diggy launched a professional acting career in the early-2010s and although he has done pretty limited projects ever since his work has managed to gain praise from the audience. Outside his professional career, the rapper has also remained in media reports for his romantic relationships. Over the years, he has had many short-lived relationships, including with singer Jessica Jarrell, rapper Young Lyric, and singer Chloe Bailey. 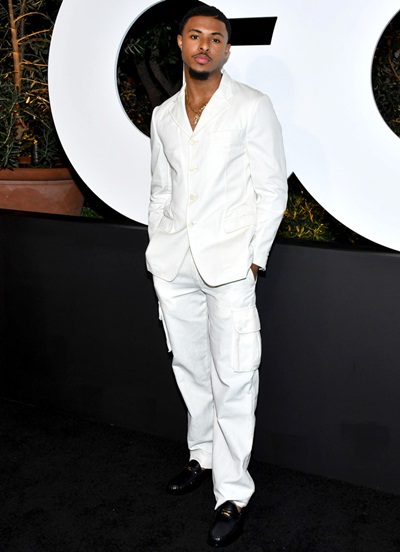