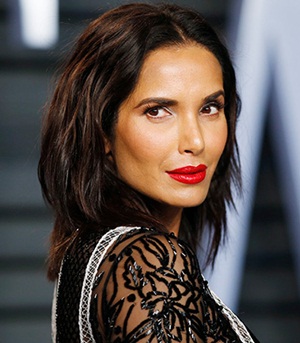 Padma Lakshmi is a multitalented star of the entertainment world who has earned recognition through her work as a model, author, and TV show host. Originally born in India, her family moved to the United States when she was four years old. Padma started her professional career in her early-20s after being discovered by a modeling agent while studying abroad in Madrid. Having started modeling to fulfill her financial needs as a student, she developed a passion for it in the long-run and has continued to do so ever since. Her modeling portfolio includes work with numerous top-notch fashion brands along with appearances on the covers of several international magazines.

After starting as a model, Lakshmi later ventured into the film and television industries too. There, her most prominent work includes hosting the Emmy-award winning cooking competition show “Top Chef” from 2006 onwards. In addition to all this, she is a devoted author too. Along with writing multiple books, she has written articles for well-known publications like Vogue, The New York Times, and Harper’s Bazaar as well. Lastly looking towards her private life, Padma Lakshmi married novelist Salman Rushdie in 2004 but unfortunately, their relationship didn’t last for long and they divorced just three years later. 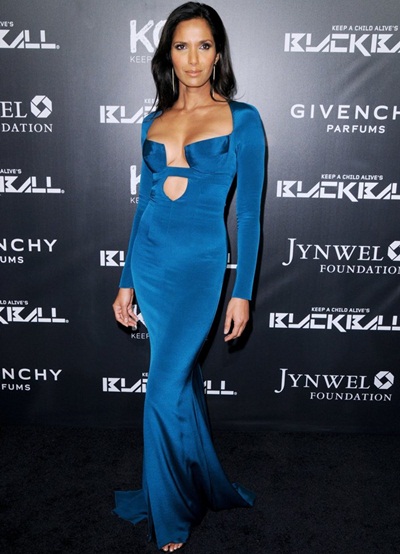 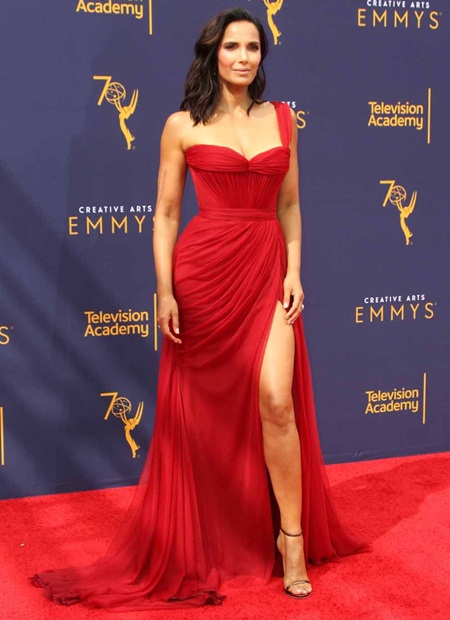 The following are the complete Padma Lakshmi height, weight, shoe size, and other body measurements details.