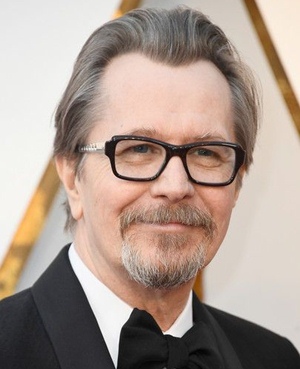 Gary Oldman is an English actor and filmmaker. He was born in New Cross, London to Kathleen and a former sailor, Leonard Bertram Oldman. As a child, he grew up in south London with his older sister Maureen Oldman, who is also an actress known by her stage name Laila Morse. As for his educational background, Oldman attended West Greenwich School in Deptford, leaving at the age of 16 to work in a sports shop. Afterwards, he won a scholarship to attend the Rose Bruford College in Southeast London, from where he received his BA degree in Acting in 1979. Growing up, he was first interested in music but later began pursuing an acting career after getting inspired by Malcolm McDowell’s performance in the film, The Raging Moon. His acting career began through theatre with plays like Cabaret, Romeo and Juliet, and Hamlet. Soon after that, his on-screen debut came with 1982 film ‘Remembrance’ while gained widespread recognition through his performances in the 1980s-90s films like Sid and Nancy, The Firm, State of Grace, True Romance, The Fifth Element and Leon: The Professional. In the 2000s decade, Gary starred in blockbuster film franchises of Harry Potter, and The Dark Knight Trilogy.

His other ventures include his production work for various films such as The Contender, Plunkett & Macleane, and award-winning film Nil by Mouth. Apart from acting and production, he has worked as a voice-over artist for video games as well, including the popular ones like The Legend of Spyro, and Call of Duty. As he was a proficient pianist and was interested in music since childhood, so he has also sung tracks for many of his movies. Among his accolades, he has won an Academy Award, multiple British Academy Film Awards, two Critics’ Choice Awards, a Golden Globe Award, and a Screen Actors Guild Award, getting recognized as one of the greatest actors of his time.

Unlike his very successful professional career, his personal life has gone through several ups-and-downs. As of now, he has been married five times. Firstly, he wed English actress Lesley Manville in 1987 and both have a son named Alfie. After their separation in 1989, he married American actress Uma Thurman in 1990 but got divorced just two years later. From the years 1997-2001, he was married to model Donya Fiorentino, with whom he has two sons, named Gulliver and Charlie. In 2008, Gary then married English singer and actress Alexandra Edenborough, but that marriage also ended in 2015. After his fourth divorce, he is now married to a writer and art curator, Gisele Schmidt since 2017. 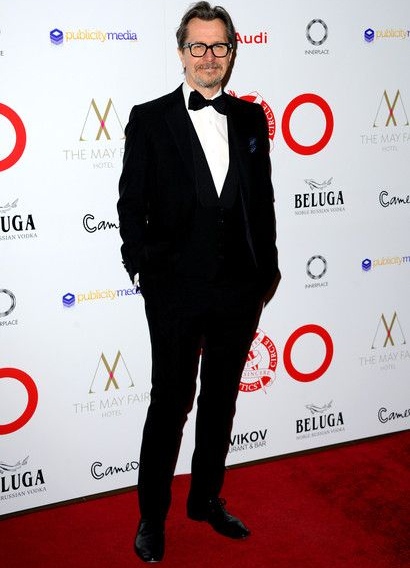 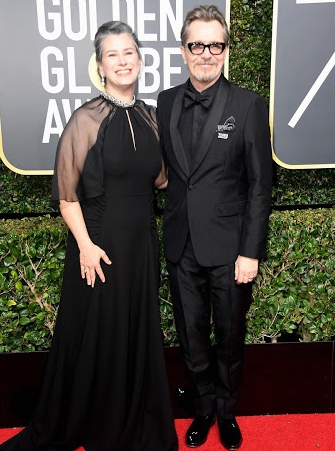 The legendary actor Gary Oldman height, weight, shoe size, and other body measurements statistics can be found below.