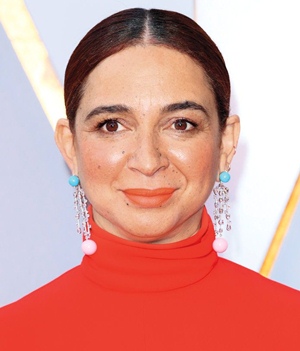 Maya Rudolph is a renowned American actress, comedian, and musician. She was born in Florida to Richard Rudolph, a music producer and Minnie Riperton, a singer. As a child, she followed her parents’ footsteps into singing and also began performing in local theatre. Her family moved to California when she was young and Maya did her schooling and graduation there. In 1990, she first attended Crossroads school in California and then continued her education at the University of California, Santa Cruz. In 1995, she graduated with a Bachelor of Arts degree in Photography from Porter College. After graduating, she joined Groundlings, a popular comedy troupe for a while. Her career took a major turn when she auditioned for the American late-night show ‘Saturday Night Live’ and joined it as a featured performer in the year 2000. She earned widespread appreciation for her command over a wide range of accents due to which she could portray a variety of characters with ease. After being promoted to a full-time cast member in 2001, she has gone on to become a household name via her SNL tenure.

Alongside SNL, she has starred in several other high-profile films and television series, such as Bridesmaids, Grown-Ups, Sisters, Life of the Party, Up All Night, and The Good Place. Apart from acting, she also worked as a voice-over artist for animated hit films Shrek the Third, Shrek Forever After, and The Nut Job. As a musician, she formed her own band Supersauce in her school days and became active as a backup singer. Afterward, she joined ‘The Rentals’ as a keyboard artist and vocalist. Now moving towards her personal life, Maya Rudolph started a relationship with American filmmaker Paul Thomas Anderson in 2001 and while they haven’t gotten married officially, the couple is still together and has four children. 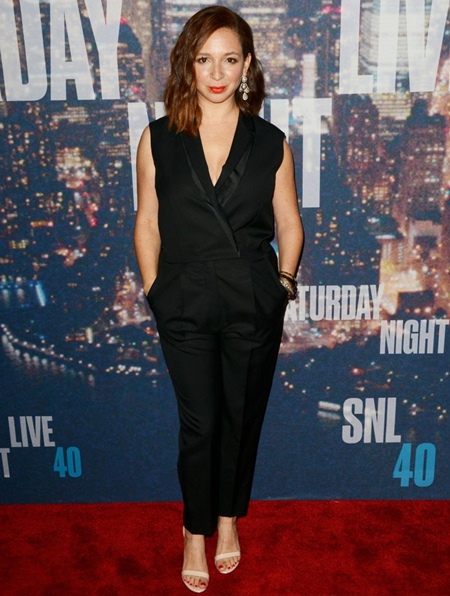 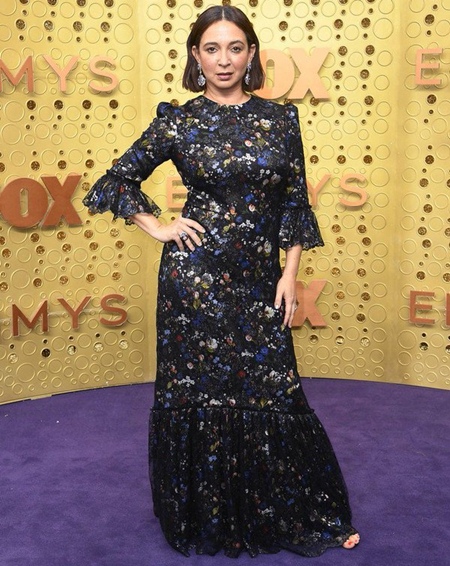 The following are the complete Maya Rudolph height, weight, shoe size, and other body measurements statistics.