This is an exciting news for all Kristen Bell and Dax Shepard fans as the couple has just welcomed their second daughter. The baby girl was born on December 19, 2014 and the couple announced to the world about it via Twitter.

Dax Shepard tweeted “Delta Bell Shepard is here. She doesn’t look like either @IMKristenBell or me, but we’re gonna keep her anyway. #christmascameearly”.

Don’t be too surprised as the couple has named their second daughter Delta Bell Shepard which is quite different then the expected ones. Fans will certainly miss watching Kristen showing off her pregnant belly in gorgeous maternity wear but they will surely get a chance to do so once again pretty soon as perhaps we will soon hear about her third pregnancy, After all, the couple has already have two children in less than two years. 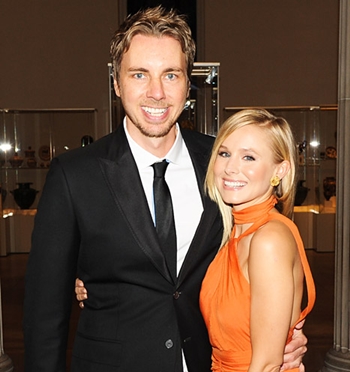 The couple had welcomed their first child, a daughter in March 2013 who was named Lincoln and now Kristen Bell has given birth to a second daughter. The name of baby girl was announced by the proud father and her pictures are to be revealed yet so stay in touch with us as Kristen Bell and Dax Shepard second daughter pictures will be available here immediately after their release.