The American Music Awards (AMA) 2015 were conducted last night and if you curious to know about which musicians won the awards, then you have just reached at the right place as we have provided complete list of AMA Awards 2015 winners. The show was completely full of excitement as it brought out all the biggest stars of the industry. The competition was extremely tense this year as all musicians nominated for award in each category are considered the best at what they do, so no doubt that selecting only one for the award was a extremely difficult decision.

At the AMA 2015, Taylor Swift won the award for song of the year, One Direction became the Artist of the year, Nikki Minaj got the best rap album and Rihanna received the favorite soul/R&B awards. But these weren’t the only ones to shine during the awards, so checkout the complete list of American Music Awards (AMA) 2015 winners to see who else was successful in getting hands on the award. 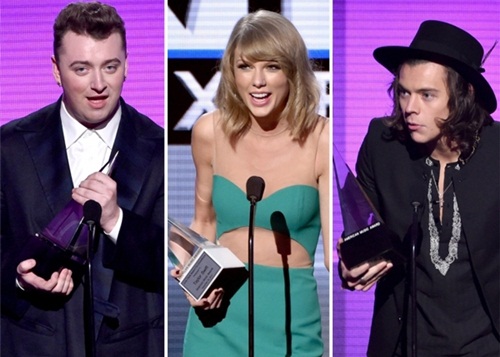 Artist Of The Year: One Direction

Collaboration of the Year: Skrillex & Diplo Featuring Justin Bieber, “Where Are Ü Now”

Favorite Duo or Group: One Direction

Favorite Album – Soul / R&B: The Weeknd, Beauty Behind the Madness