The Oscar, Grammy, Emmy and Tony Award winning German director Mike Nichols has passed away on November 19, 2014 due to a cardiac arrest. Widely famous for being the director of “Who’s Afraid of Virginia Woolf?, The Graduate as well as Working Girl and the husband of news anchor Diane Sawyer was 83 years old at the time of his sudden death. His death was officially announced by ABC News President James Goldston stating:

“I am writing with the very sad news that Diane’s husband, the incomparable Mike Nichols, passed away suddenly on Wednesday evening. He was 83. In a triumphant career that spanned over six decades, Mike created some of the most iconic works of American film, television and theater. He won the highest honors in the arts for his work as a director, writer, producer and comic and was one of the very few people to win an Emmy, an Oscar, a Grammy, and a Tony Award.”

Mike Nichols came to United States at the age of seven along with his family, after escaping from Nazi Germany. Despite of studying medicine, Mike developed interest in theater during 1950s and ended up joining a troupe and became partners with Elaine May. Nichols married four women during his life including Patricia Scott, Margo Callas, Annabel Davis-Goff and current wife Diane Sawyer. The family will hold a private service this week while a memorial will be held at a later date.

Director Mike Nichols Dead, the Cause of Death Revealed 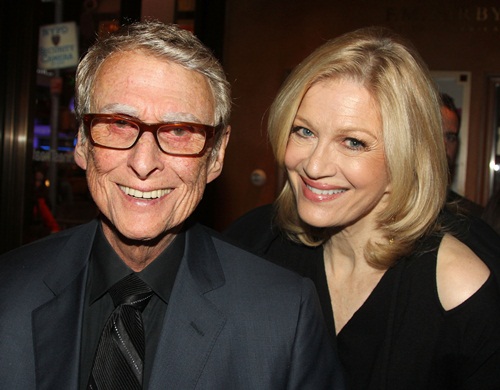