The Christmas may have passed away but Alicia Keys has definitely received her Christmas gift now as the R&B singer just became a mother for the second time by giving birth to a boy on 27th December, 2014.

Alicia Keys who has been married to hip-hop recording artist Swizz Beatz since 2010, gave birth to couple’s first child four years ago and now the family has been joined by a new member. The couple’s second baby son was born at 1:52 am on December 27, 2014. The baby weighed 6 lbs. and 5 oz. 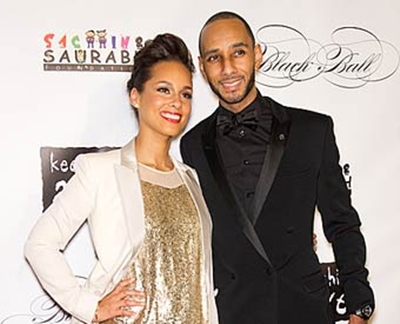 The news of their child birth was announced by the proud parents themselves through social media. Alicia posted the picture of her baby footprints on Instagram with the caption about the joy the couple about this great blessing.

This is couple’s second child while its fifth for Swizz as he already has three children from his previous relationships. Alicia Keys and Swizz Beatz have named their new born baby son Genesis Ali Dean which is certainly a pretty unique one. The first pictures of the newborn child are yet to be released so we strongly recommend our visitors to keep visiting our website in order to receive all latest updates related to it.