The world is ready to watch the Battle for Greatness between the two legends of professional boxing. With the eight-division world champion Filipino boxer Manny Pacquiao all set to face the undefeated five-division world champion American boxer Floyd Mayweather, Jr, here we have brought you complete details about the Pacquiao Vs Mayweather fight 2015 live international broadcasting TV schedule and channels list for countries like USA, UK, Philippines, Canada, Germany, Australia, China, UAE and many more.

Dubbed as the fight of the century, the boxing match between Floyd Mayweather and Manny Pacquiao is scheduled to take place at MGM Grand Garden Arena in Las Vegas, Nevada on May 2, 2015. All preparation related to the event have already been completed and all major announcements like judges, match referee, sponsors, tickets and pay-per-view on television have also been made.

As per announcement made by the official authority, the Pacquiao Vs Mayweather fight TV coverage will be a joint production between HBO and Showtime. The Pay-per-view in United States over the both channels will cost about US$89.95 while the rights of coverage in United Kingdom (UK) have been given to Sky Sports for which the PPV cost is £19.95. 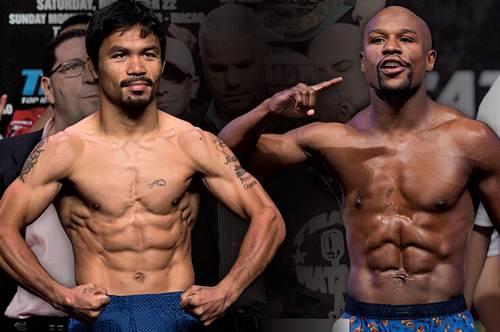 While when it comes to the home-country of Manny Pacquiao, the rights for covering the fight have been given to Solar Entertainments in the boxing fans will be able to enjoy the match on TV5, P2 and 500. So to help you in finding the television channel that will cover the Pacquiao Vs Mayweather fight 2015, below is the list of channel which will air the whole match live in various countries.

So this was the complete list of television channels for Floyd Mayweather Vs Manny Pacquiao fight. If you are still finding it hard to find the channel for your country, you can ask us about it in the comments section.